Branding is More Than a Logo

For many in the business world “brand” is still a bit of a mystery.

At its most basic understanding, many people think a brand is merely a logo.

Jump back to yesteryear to a time when cowboys and Indians roamed the wild west. Ranchlands filled vast chunks of the midwestern United States. Millions of wide-open acres sustained millions of heads of cattle. As a rancher, laying claim to your inventory was a big deal. The simplest way to secure your business assets was to sear your ranch logo with a hot iron rod into the hind quarters of every bovine.

Though time passes and brings many changes, branding your business with a logo has become the default.

But even for the old-time ranchers, “brand” was more than just a cleverly shaped piece of iron. Take, for example, the King Ranch brand.

Behind King Ranch’s “running W” icon is a host of business experiences that make the squiggly line brilliant. These ideas are what actually makes the brand so effective. 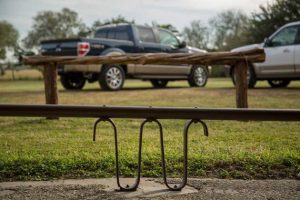 King Ranch was founded by Captain Richard King, a rancher with a particular vision, philosophy, and approach to ranching, agriculture, land management, and everything else that went into his business. Captain King wanted to produce and deliver a product into the market designed for a specific clientele for a specific price. He wanted people to encounter his product in a particular way and for them to experience a distinct satisfaction when they did. He wanted them to feel, think, and talk about their experiences with his product with others. He hoped they would return to his product over and over.

Captain King wanted those around him, (from ranch hands to veterinarians and from butchers to distributors) to want to work with him. He needed a team (direct and indirect) that aligned with his vision, philosophy, and approach. He knew that in the end, these team members also impacted what the King Ranch brand meant to his end user.

Beyond this, Captain King also knew something brands still struggle to understand.  In fact, for many businesses, the idea seems counterintuitive. Captain King appreciated that the end user and all the team members involved had their own visions, philosophies, and approaches. When others interacted with his brand, they already had expectations as to what their experience with the brand should be. Captain King knew that people desired to feel and think about the end solution (e.g. beef) in a certain way.

Captain King understood that others’ perceptions of his brand were just as important as the messages he intended to convey. A connection had to occur to align his intentions with the public’s perception.  King realized he may have to adjust his vision, philosophy, and approach (within reason) to create a genuine connection with the public. This alignment would build a powerful brand identity that naturally embodied the King Ranch brand.

Even though channels and mediums have changed drastically, communicating a brand’s identity in Captain King’s days operated on the same principles it does today.

Communicating your brand includes the logo, the domain, the mission, vision, and values statements. It’s your website copy, images, videos, and social media engagement. It’s the look and feel of your physical presence and environment. It includes your team’s attitude and the tenor of the voice on the phone. It’s your vibe personified. Your brand is your company’s social consciousness and community interaction. It’s the decisions being made by executives. It’s the “customer service” that’s occurring. And on and on.

Captain King realized that how people personally identified with their experience of his brand formed the crux of his marketing success. The brand, ultimately, is the identification the individual has with the experience. Their experience is based on much more than the quality of the product or service or cleverness of the logo.

Case in point: a business could have the best solution on the market, but for many reasons, people may not prefer their encounter with the brand. Conversely, we’ve all seen examples of a subpar solution gaining more traction and more user connections than it seems to deserve. It’s because the brand user’s experience identification is a key driver of marketing success.

As for King Ranch? Well, over 160 years later, they are an established brand that exceeds even their core business solution. They’ve transcended to the highest level of brand equity where other brands leverage King Ranch and the “running W” to propagate their solutions.

Since 2001, Ford has been outfitting trucks and SUVs with a premium trim package aptly named King Ranch. This association between two separate industries and product solutions produces a user experience that creates a distinct feeling and thought process. It achieves an identification with a group consumers and a team that is, well, brilliant.

Lance Fisher is the Founder of Outside Communications. He spends his days with customers developing solutions, researching, and working with the OC team to deliver the best results for our customers.