Airefco, Inc is one of the top HVAC distributors in the country, serving over 3,000 dealers in the Western United States. In 2018, Airefco hosted a week-long dealer meeting event in Seattle, Washington, where dealers from all over gathered to learn and get inspired. Outside Communications was hired to perform video production services, producing videos which would become the cornerstone content for the event.

As Airefco is the factory distributor for both Carrier and Bryant, we needed to create two unique videos for the different groups attending the meeting over the course of the week. The videos would communicate the theme TIME, which stands for Technology, Innovation, Metrics and Execution. The OC team worked alongside the Airefco marketing team to develop the scripts for the videos, to be spoken by the CEO and four leaders within Airefco. 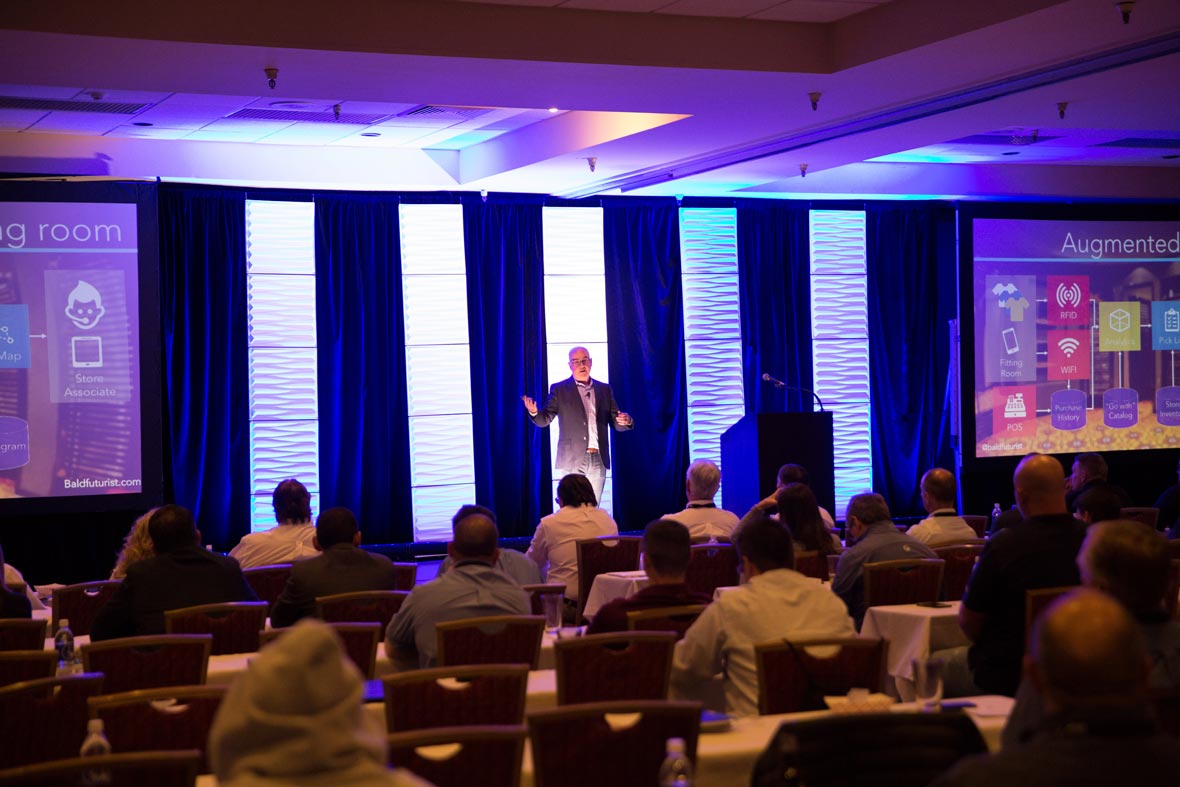 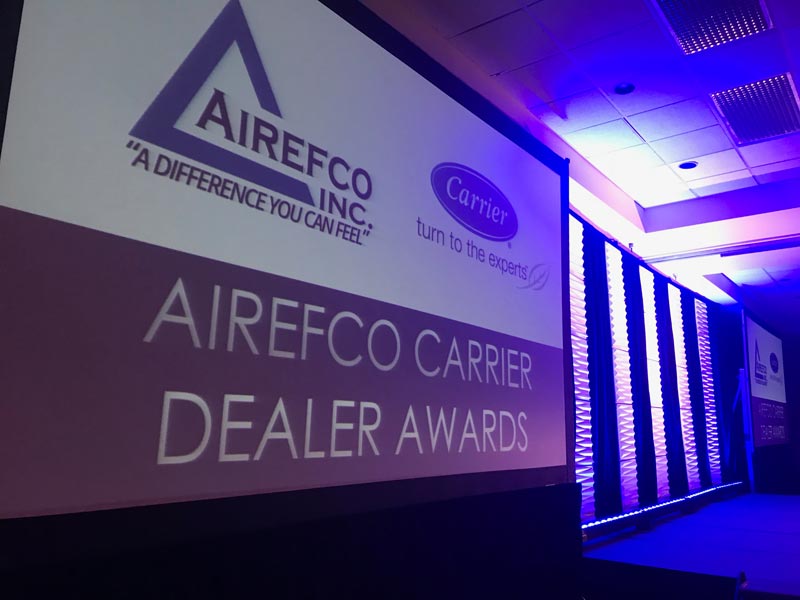 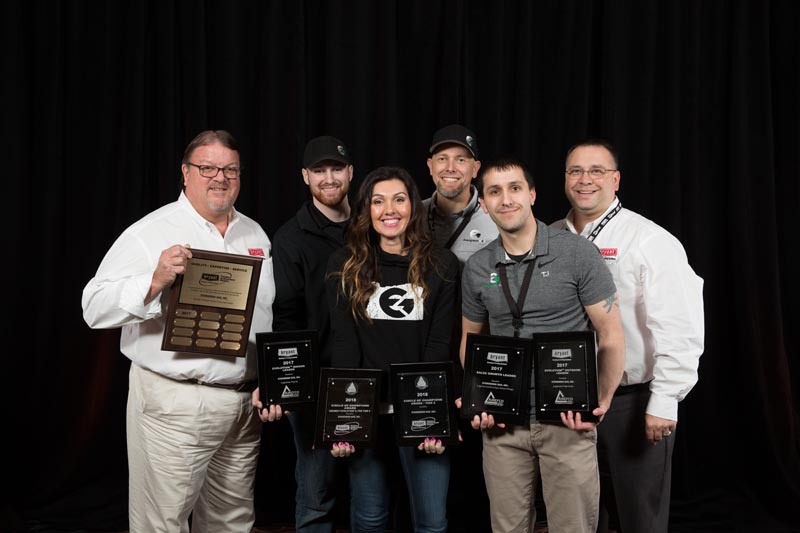 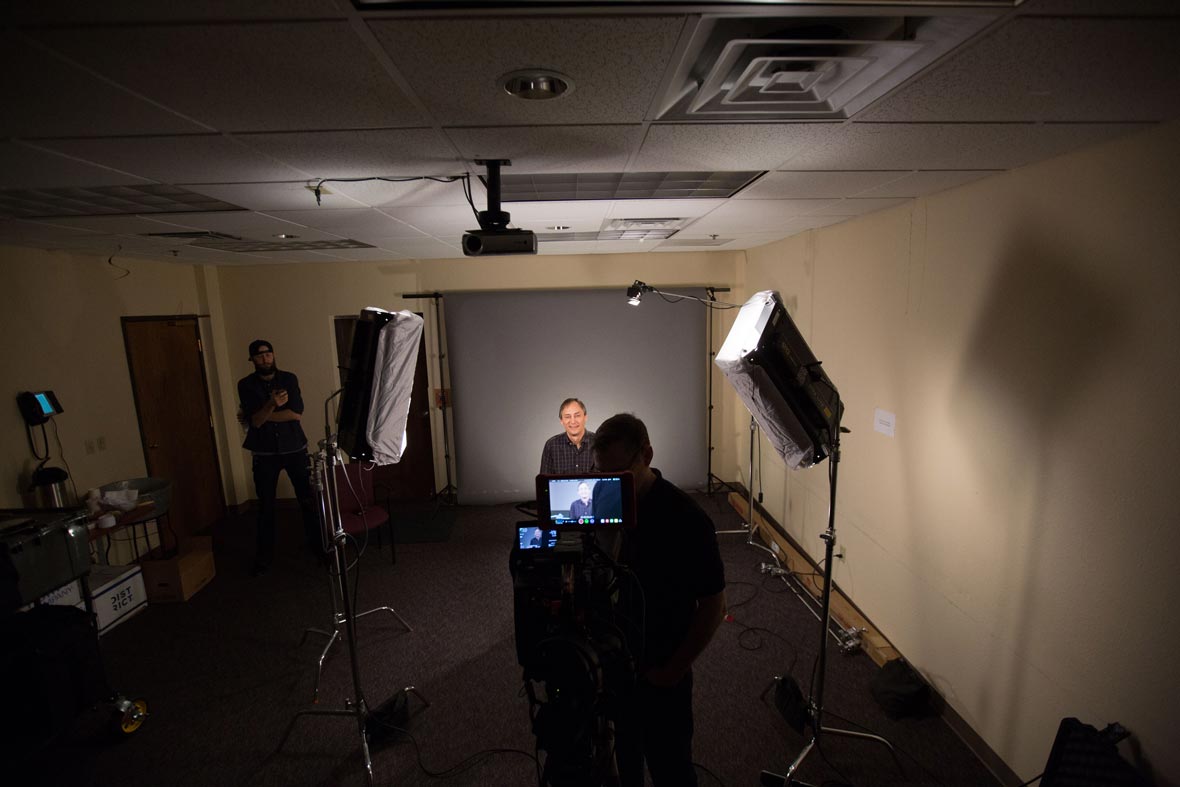 The Airefco dealer meeting video, like any video production project, required a solid foundation of pre-production work. 90% of all shots were organized in the office so that our time in the field would be as efficient as possible. We started the first shoot day with the five scripted “talking head” shots. We filmed with the Canon C300, and lit the talent with two Kino Flo 4Banks and a background light.

After the interviews, we packed up to visit one of the stores. The stores offered plenty of b-roll opportunities, as Airefco staff did what they do every day: providing world-class service. From product shots to customer service to time in the warehouse, the race was on to capture as many relevant b-roll video clips as possible to help communicate the scripted message. 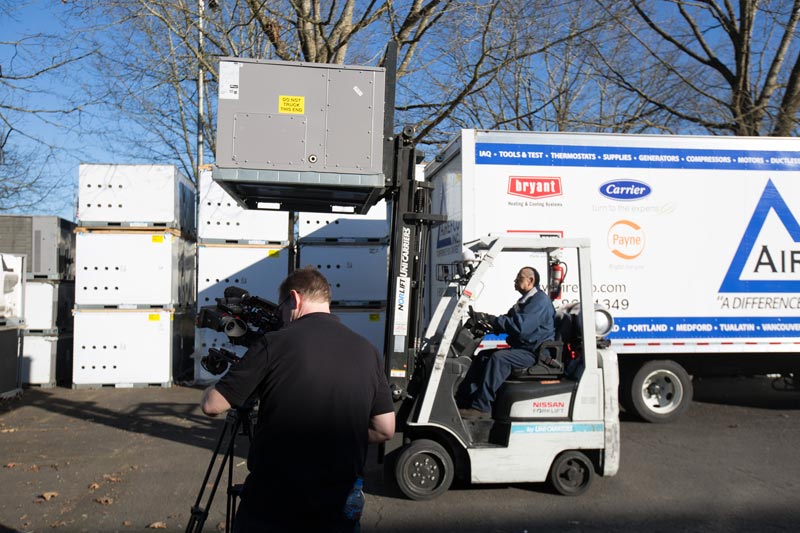 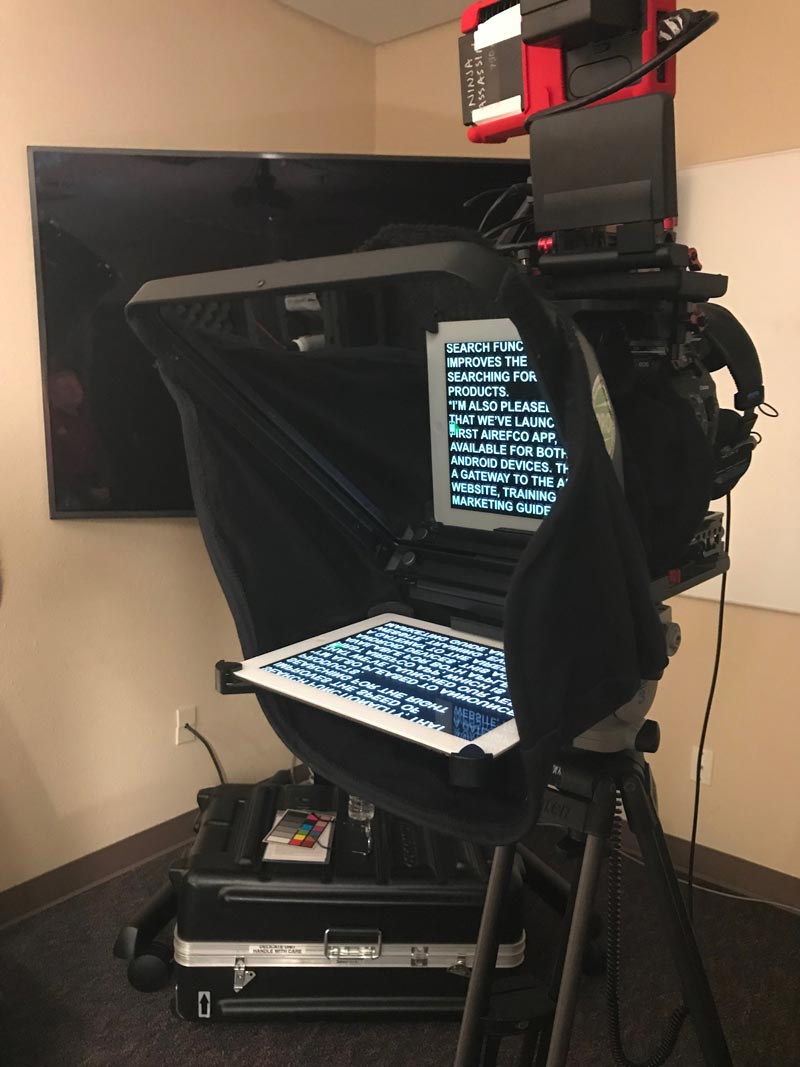 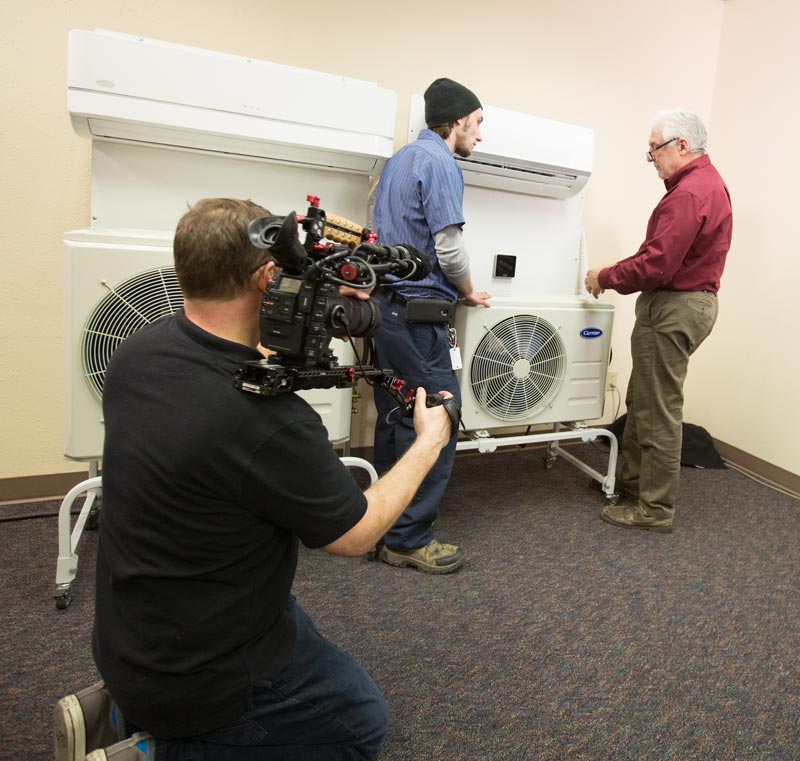 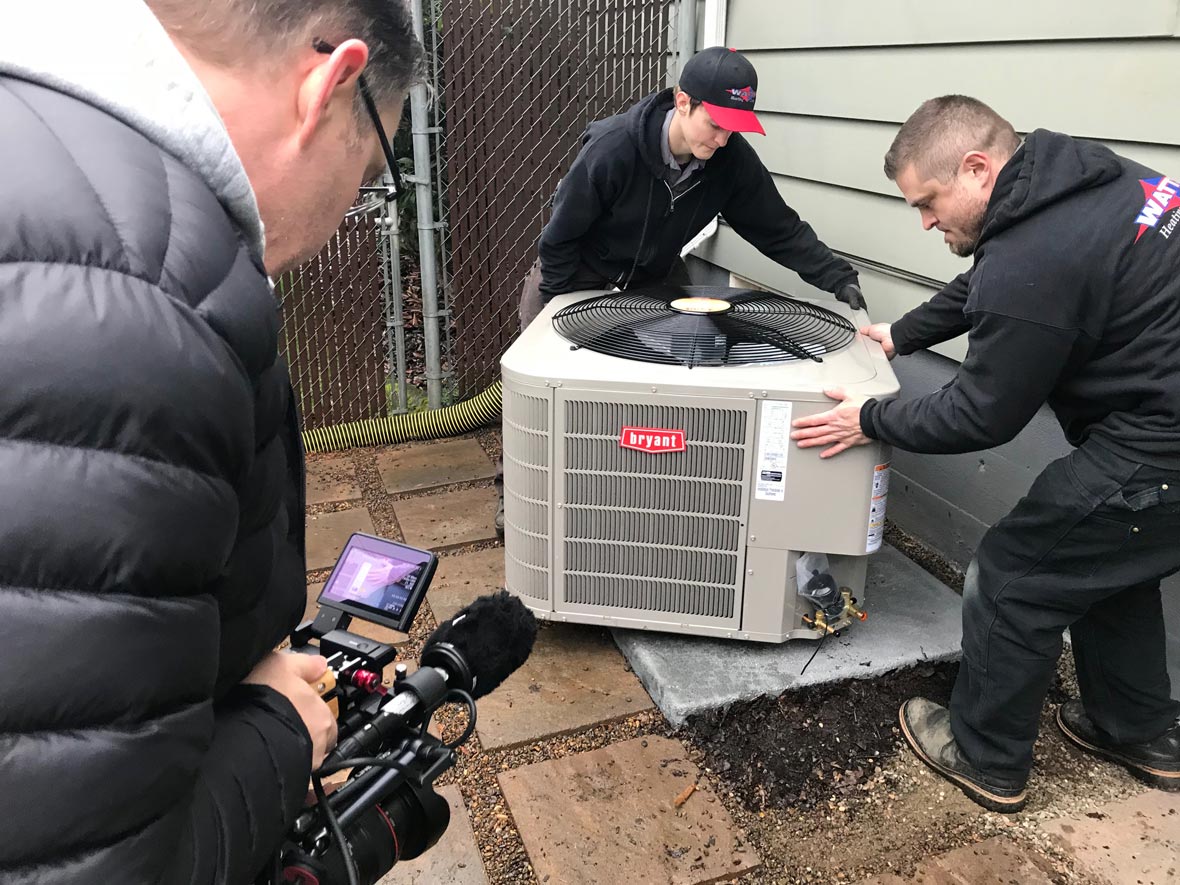 Video Production- In the Field

The next phase of the project brought us to the field, where we spent a day filming b-roll, half with a Carrier and half with a Bryant dealer. Specialty Heating and Cooling, a certified Carrier dealer, made it easy. They helped us get needed behind the scenes shots and brought us out to one of their new construction jobs. Watts Heating and Cooling, the Bryant dealer, let us intrude on their early morning dispatching routine. Watts later brought us in on a job where they replaced a customer’s heating and cooling unit with a brand new Bryant system. The days with the dealers were fun! It felt like we were with old friends.

With a majority of our shooting done, we moved on to the edit, music selection, and sending the videos to Airefco for approval. In this case, the client was happy with the finished product on the first round of review. Great teamwork on the front end made for an easy project on the backend. Airefco has been awesome to work with, and we are truly thankful to be able to work with such a great company. 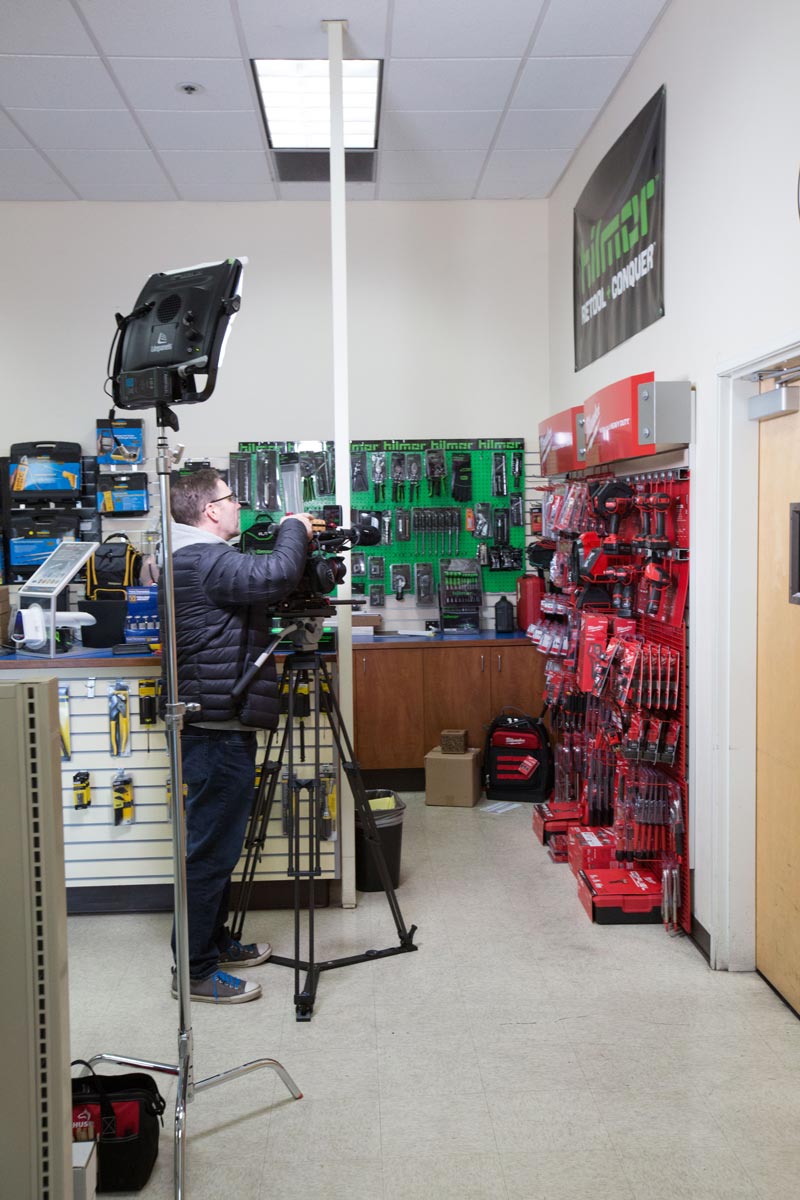 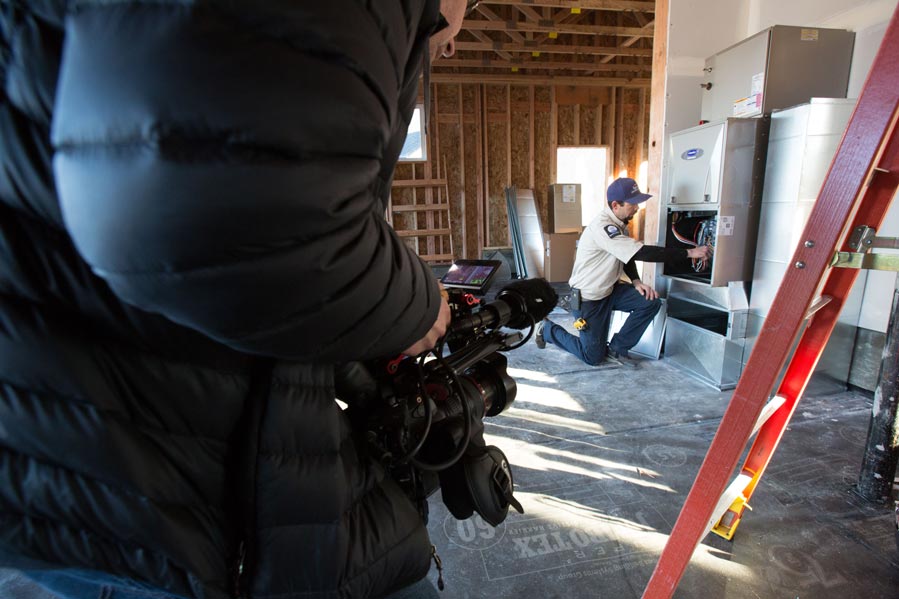